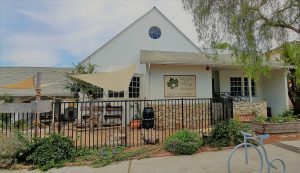 Our classes at the Long Beach School:

KINDERGARTEN: The 4 – 6-year-old students are introduced to the German language and culture through crafts, songs, games and other fun activities. Children under 4 but not younger than 3½ years and “potty-trained” are welcome to enroll after a 4-week trial period. In the Kindergarten class children learn through singing, crafts, and other fun activities.

UNTERSTUFE: For the 6 ½ – 11-year-old students the focus is on developing verbal skills and first writing skills by implementing a variety of activities. The children are introduced to the skills needed for the DSD-A1 Testing. Vocabulary building and pronunciation are two key skills being taught.

MITTELSTUFE: For students 11 years of age and older. Students build on their skills learned in Unterstufe through specific exercises in reading, listening and writing. The goal of this class is to prepare the children for the DSD 1 (A2 and B1).

Overall, we strive to adapt our offerings to the age/abilities of our students on a year-by-year basis. It is important to us that all children, with or without a German background, enjoy learning a second language.

(Final placement of a student will be determined by the teachers.)

Leilanie was born and raised in California in a Spanish/English bilingual household, where she cultivated an appreciation for foreign languages. At Cal State Long Beach, she took her first German class and became involved with the university’s German club, during which time she received scholarships to study abroad in Germany. After studying Germanistik for a year in Tübingen and Heidelberg, she returned to California to obtain her B.A., as well as a subsequent M.A., in German, and even found the time to learn French. She is delighted to join the German School in Long Beach for the 2022/23 school year.

Kathrin is a German native speaker, born and raised in Thuringia. After graduating from high school, she studied teaching for grammar schools in Jena in the subjects of German and Biology. After completing the first state examination, she took a master’s degree in German as a foreign language. As part of this, she completed an internship at the University of Reykjavik, Iceland and the University of Melbourne, Australia and lived in Budapest, Hungary for a year. After these positions abroad, Kathrin completed her legal traineeship in Bonn. After completing her second state examination, she accepted a position at the German school in Geneva, where she worked for a total of seven years. In addition to teaching Kathrin worked for the last five years in her position as a coordinator for 5th and 6th grade in the extended school management. During her time in Geneva, she was trained by the ZfA to become an expert in teaching development and was therefore also responsible for the further training of her colleagues. At Geneva airport, Kathrin met her current husband, to whom she finally emigrated to the USA. The two have three daughters who are 7, 5 and 3 years old and grow up bilingually.

Heike is a native of Germany and grew up in Lower Saxony near Hannover. She earned a diploma as a ship’s agent (Schiffahrtskauffrau) in Bremen and went on to study Business (Betriebswirtschaft) / International Management in Bremen/Germany and Grenoble/France earning a dual German and French degree. Heike moved to California 29 years ago, always working in the logistics industry until the birth of her twin girls in 2009. Heike has been very involved in her daughters’ school, volunteering in class and started as a substitute teacher in the Mittelstufe class at GASA Long Beach in 2016. She later transitioned to the Oberstufe class in which she successfully prepared the students for their DSD-B1 test. After a one-year break, she is now in her sixth year of teaching and will be teaching the Unterstufe class with Kathrin.

Doreen is a native of Germany and grew up in Brandenburg. She earned a bachelor’s degree in American/British Studies & Political Science and a master’s degree in World Heritage. She has lived in California for almost fifteen years. She was always actively involved in her daughters’ co-op preschool and by doing so became interested in teaching children, especially in a bilingual setting. Doreen started out as a substitute teacher and assistant at our school in 2015. She has since taught the kindergarten class for five years and the Unterstufe class for two years. Her two daughters also attend the German School in Long Beach.