Ulli Skillman was born in Germany, but spent some of her formative years living in the United States. When the family returned to Germany, Ulrike was fluent in English and quickly caught up with her German peers as kids do. After completing her primary education in Germany, apprenticing as a dental technician, and enrolling in univerity, her studies brought her back to the US. She received a Masters Degree from the University of Kansas and a degree in Secondary Education in California. She teaches mathematics at Saugus High School. Ulli began teaching German as a substitute  at GASA Northridge in 2017. She has had her own classes since 2019. She is the current director of the GASA Northridge location. Ulli has a daughter enrolled at the school and is excited to see her students grow their knowledge of the German language and culture.

Ralph Leitzgen was born and raised in Germany. Before entering College, he wanted to see a bit of the world, came to California and loved it here. He built up a business, achieved a BFA from Cal Arts and is married with two boys. He speaks only German with his children and has seen how learning a second language and getting to know another culture has expanded their ability to learn and their horizon. This is his motivation to teach at the school.

Tamara Zetsche was born and raised in a multicultural German, Chilean and Russian community in Santiago, Chile. She graduated from Deutsche Schule zu Santiago with a German Sprachdiplom, studied Physical Therapy at Universidad de Chile and moved to the US in 1978 where she has practiced Physical Therapy since. Her two sons, Pedro and Walter completed the German Saturday program at the German School in Northridge. Tamara began her teaching carrier in 2003 by assisting Luise Strauss in the Kindergarten Class and then taking her class over in 2006.

Martina Tassius was born and raised in a little town near Kassel, Germany called Korbach where she lived for the first 30 years of her life. Martina received a Business Degree in Banking from IHK in Kassel. In 1996, she worked as an official German Language Agent for the Olympic Games (ACOG) in Atlanta, GA after passing the German Exam at Georgia State University. Martina has always kept her connection to Germany, both culturally and linguistically. She has been working for the German Consulate in Los Angeles since 2000 and teaching German since 1998 for GASA. Additionally, she has been the director of the Encino and Northridge GASA locations and has since created a very successful Adult Class. She has a daughter who attended GASA since she was 3 years old and who has passed the German AP test with high marks. Martina has been very happy with the education her daughter has received through GASA and it has been nothing but a pleasure for Martina being a teacher and director for GASA. She continues to stay connected with GASA Northridge as a substitute teacher.

Gertrud Kruchen was born and raised in Germany. Educated as a Sparkassenkaufmann.  She moved to California and worked in the international banking industry while finishing her BA in Business Finance at Cal. State Northridge. Gertrud got married and had a daughter. She continued her education to receive her credentials in Elementary and Secondary Education and began teaching German at Venice High School. She taught in LAUSD for 14 years.  She joined GASA and taught German at the Saturday School, while her daughter attended the school.  She is currently a Language Coordinator / teacher at Goethe International Charter School, while teaching the adult classes and various other levels online. She continues to stay connected with GASA Northridge as a substitute teacher. 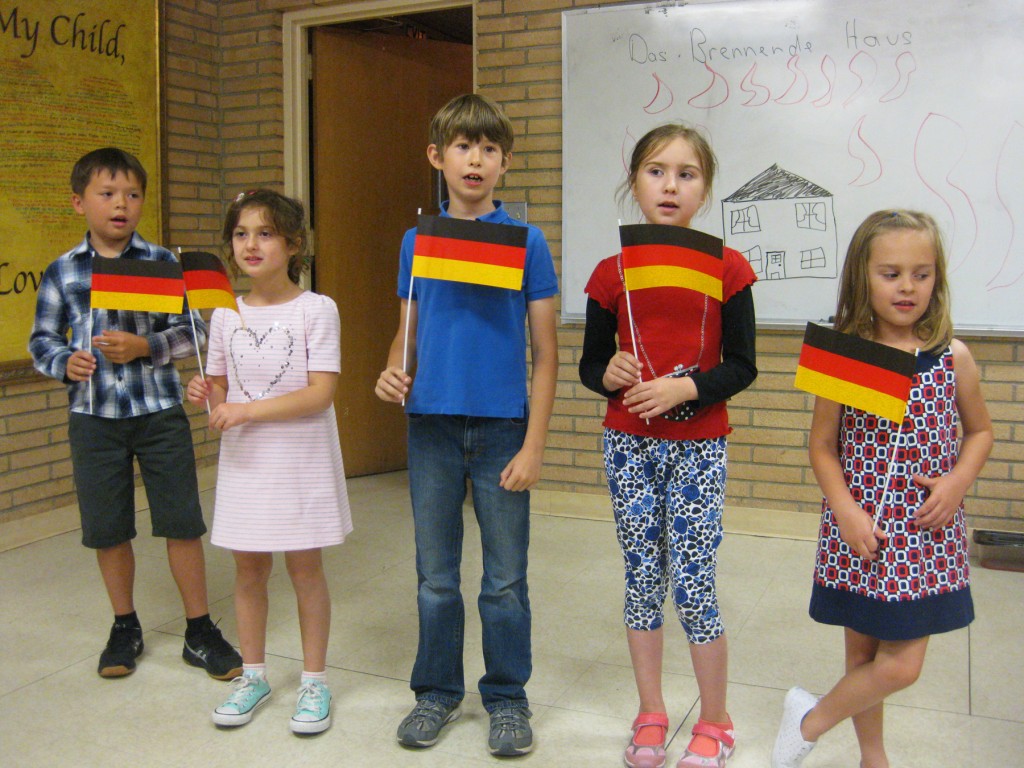